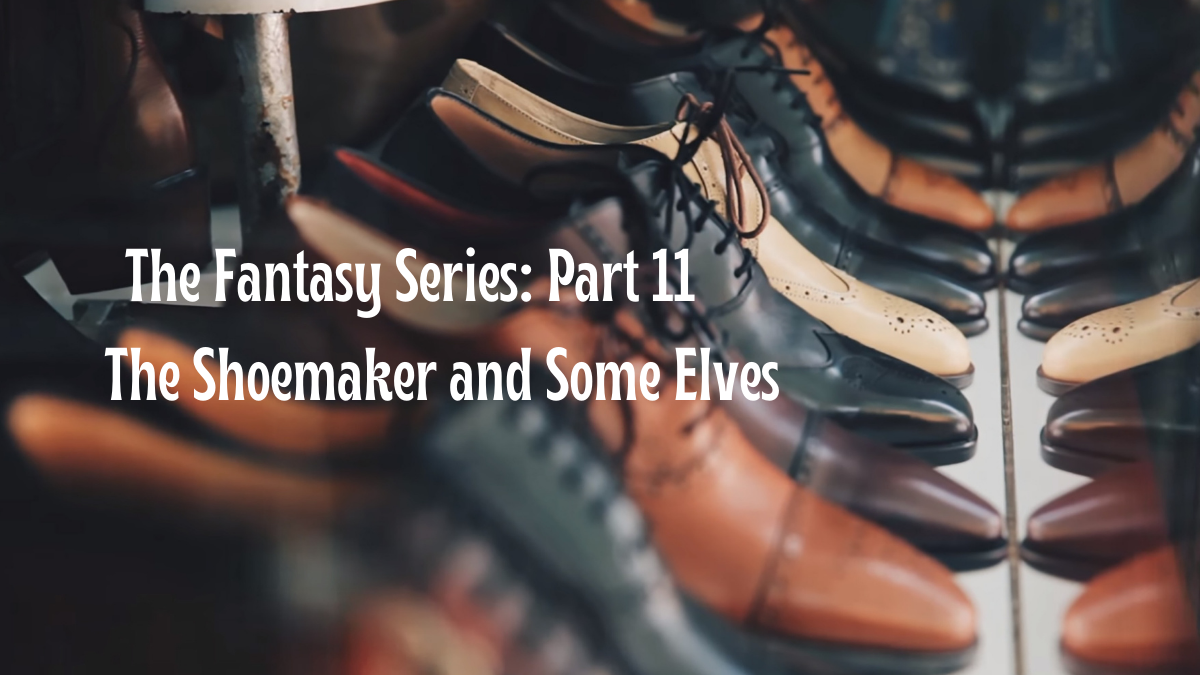 For my latest works of poetry for kids I am writing a fantasy series. With each poem being about another creature of fantasy. So, if it’s poetry for kids you’re after, check out the eleventh in the series about The Shoemaker and Some Elves.

The Shoemaker and Some Elves
By Barry S. Brunswick

But the merry maker
Had a massive backlog going on
And there was no way he’d keep up
With the customers for long
Yeah, he’d made a bit of cash
But most of it he’d wasted
He liked to have a punt you see
On the Sunday races

The shoes were always late
Sorrys, always rambling
He always was stressed right out
He was really bad at gambling
But while he cursed his luck
That always felt so rotten
He finally saw his mistakes
He finally hit rock bottom

The bills were stacking up really high
And so friends, here’s the thing
What the merry maker missed
Was an order from the King
The shoemaker in his rush
Had filed it under “Shipped”
And the King just loved beheading
His life now was at risk

The shoe elves are small and greedy
But they’re great at sewing leather
The cookies brought an entire tribe
Like a swarm of bees together
They set to work right away
Making footwear, everything
Making sure they started first
With the order for the King

The elves quickly became his slaves
Without faces, without voices
And as long as they had cookie crumbs
They were pleased to be exploited
The trouble was, the grand high elf
Was far from impressed
in fact she was near on frantic
And pretty bloomin’ stressed!

She had a plan to make the man
Pay for his dirty ways
And she travelled fast across the woods
It took her many days
The cottage came into her sight
On the front door she did knock
No one bothered answering
But the door, it wasn’t locked

So from that moment onwards
They had a partnership foretold
That she’d provide the elves for him
And he’d provide the gold
And though I can’t tell you
The brand of those there shoes
I know that I have worn them
And you’ve probably worn them too!

Come back soon for the next in the fantasy series of poetry for kids.