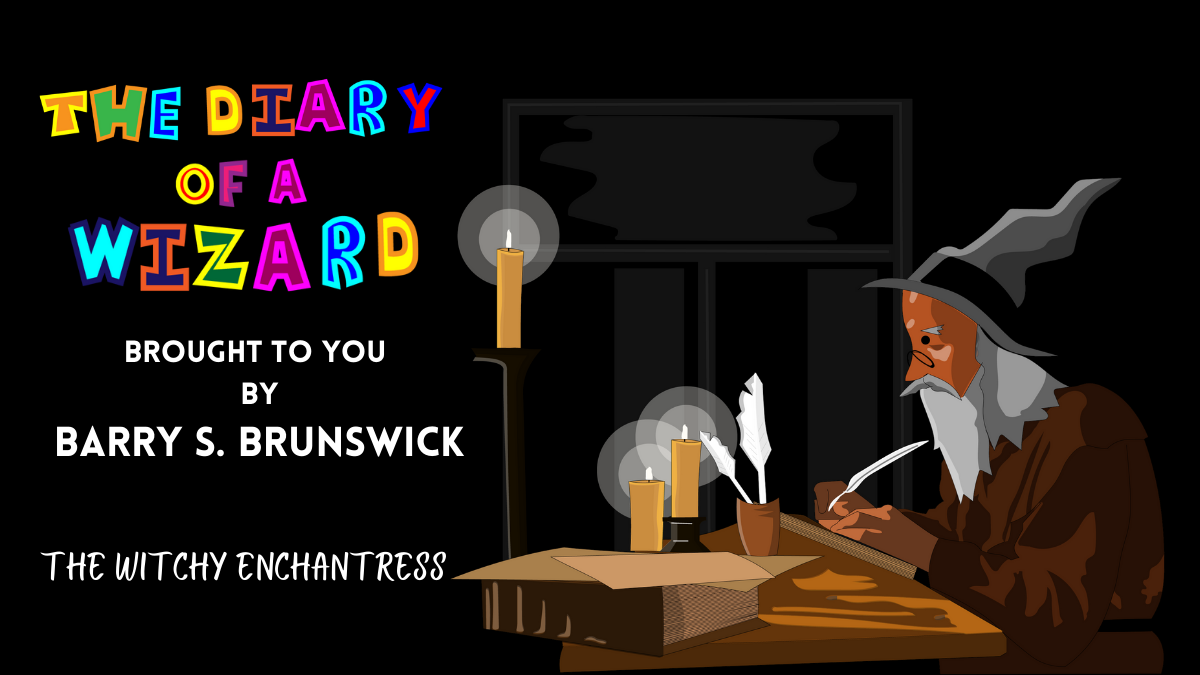 Hey friend! Welcome to the best blog about the happenings that happen within The Enchanted Woods. This week I’ve had reports of weary travellers going missing in the darkest part of the woods. The word is foul play is suspected. I’d better check it out.

The Witchy Enchantress: Day One

I got a mystical mind message from the Grand High Wizard this morning, now this only ever happens if there’s an important quest to go on and he’d rather I get killed than he does. I suppose that’s fair enough when I’d rather he did than me too! It seems there is some mysterious happenings happening in the darkest part of the woods.

I heard Horace get home at 5am, so I don’t suppose I should wake him. He gets awfully grumpy when he stays out all night. I could do with something a bit more solid on this adventure anyway, so I decided to saddle up a sofa-sized wombat as my steed this time. Her name is Sally.

I reached the darkest part of the wood of course not without my share of troubles. I was heckled for an hour by the cursing macaw parrots as I went beneath their trees. They are colourful to look at but nowhere near as colourful as their language. I blasted some wizardry and taped their beaks shut because my self-esteem was taking a battering. Don’t worry the tape will only last two hours, I wouldn’t want them to starve now would I?

This part of the woods is so creepy, the birds don’t sing, the insects don’t chirp, it’s just edgy silence. Sally and I are settling for the night now. So far there are no strange happenings to report.

I awoke to the sound of creepy music in the background, like a twangy tinkly harpy kind of music. We followed it for miles after breakfast, but strangely never seemed to get any closer to it. This can mean only one thing, this is enchanted music.

It’s time to magic up some earplugs so I don’t get enchanted and hope wombats can’t succumb to enchantedness. Sally will have to be my ears when we find the culprit in the morrow.

We travelled for miles following the music until we came to a little cottage. I didn’t want to go straight through the front door, that would make my odds of becoming enchanted much higher, so I sneakily snuck round the back. There in the garden were two men who were clearly enchanted doing the gardening. I knew I couldn’t break the spell as long as they could hear the music. I burst through the back door and there was a fair maiden playing a silver harp. She was clearly a witchy enchantress. [read witchy enchantress chapter here] In a burst of wondrous wizardry I turned her arms into chickens wings. That way we could talk but she could no longer enchant anyone with her harp.

Several men ran from the house, with feather dusters and mops and brooms. It’s clear she’s been enchanting folks to do her housework.

We talked for a while and that was when I realised, she was not evil, just lonely. What she needs is not an enchanted harp but some friends. I suggested maybe she join a group of some kind.

It turns out she likes sewing so I set her up with the local sewing circle. She promised to try it out and stop enchanting people. I spent the eve on her sofa, but I’ll head back in the morrow. I was glad I could talk some sense into her.

I left early in the morning safe in the knowledge her first meeting with the group would be the following evening at 6. Before I left to make extra sure her enchanting days were done I enchanted the enchanted harp so that should she ever try and play it, boxing gloves would magically cover her hands. It was my little insurance policy.

We made the darker part of the woods before night fall, it was nice to see some light even though it was darker, at least it wasn’t darkest.

I dropped her slightly shaken back to her burrow. I think she’ll be okay.

Well it felt good to solve some more problems in the Enchanted Woods this week, but now I’m pooped. I think I’ll have a newt milkshake and write some cool stories for you. Until next week…