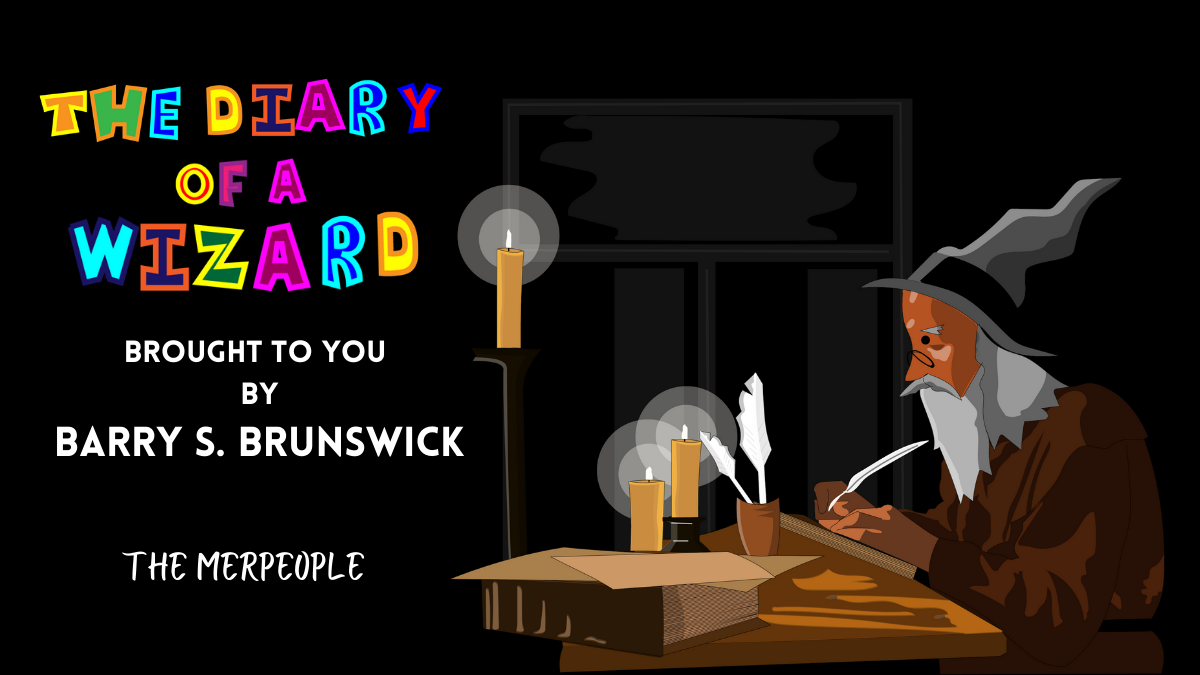 Hey there friend! Welcome back to the best blog around.

This week I will be spending a few days with the merpeople. The King Gillian, has been having trouble with feral sea horses and the kelp garden needs some pruning. I have to say I’m looking forward to this one!

The Merpeople: Day One

I found out today that I am not as good a swimmer as I thought. I flapped and flipped and gave it all I had, but just couldn’t keep up. I needed a narwhal to help me. We’ve become pals now though, his name is Archibald. I was most impressed by the shelly castle they’ve built down here, it is most grand. The hospitality has been very warm, but my only concern is, it’s only day one and I don’t think I can stand any more sushi.

The sirens put on a great show for us, but I couldn’t hear them, just see them. I put some ear plugs in, I didn’t wanna succumb to their enchantings now did I? I’ve got used to the magic bubble around my head now luckily enough, because it’s the only thing keeping me alive down here. I have had to tie boulders to my legs and arms however, so I don’t pop back up to the surface should I accidently break wind while I’m sleeping.

Sushi for breakfast this morning was not what I needed. They need to expand their diet down here, but that’s by the by. I met a nice guy called Ray, but he was feeling a little flat, bit of luck as his first name was Sting. We rounded up some of the feral sea horses, but they didn’t like being roped and corralled. Desperate times, call for desperate measures, so corral them we did. I even said “Pilgrim” like John Wayne several times throughout the day to keep moral high.

I’m sore tonight and as stiff as a board. Those little blighters have got a heck of a tug on them and a bad attitude to boot. Luckily pruning some kelp should be nice and relaxing tomorrow.

Well the kelp pruning sounded easy, but what they failed to tell me about is the enormous guard kraken they have. It didn’t like me at all at first. These suction marks all over my skin will probably last a while. The king chilled her out with some treats, but I had to promise to take her for a swim tomorrow around the marine park. And just when you’d think I’d had enough of cephalopods for one day, I go to the shady part of the kelp forest and stone me, Ringo Star was right! Octopuses do indeed have a garden in the shade, and turns out, they don’t like you stepping on their sea cabbage lawn. These suction marks’ll last even longer.

The kelp is looking good, but the sea lions thought it would be fun to try and play fetch with my staff, rascals! Oh gotta go, dinner time and they are preparing sushi. My fave!

Skipped breakfast and took the kraken for a swim early this morning. Nice to have some me time after the endless drama. The king started arguing with his wife about which type of sushi I like best. I went to my room while they were red-faced ranting. Weird why they didn’t just ask me, would have been easier.

While we were out, I got the dolphins to take me to the surface and I persuaded the seagulls to get me some chips. That’s all they ever eat nowadays, who knows what will happen if they ever have to catch a fish. Anyway, it was nice to get a lung full of air and eat something that wasn’t sushi. I swear I’m starting to grow scales, or is that just the sucker marks? Hmmm.

Tomorrow I get to go back home and while I have enjoyed my time, I want my own bed and to write some cool stories for you.

Bit sad to say goodbye to the kraken, we’ve become buddies, but I promised I’d be back every so often to take her for a swim. The King and Queen still aren’t talking to each other. I think she made him sleep on the sofa after their fight last night. They were polite but you could feel the tension in the air. Think they probably had it out when I left. Pretty funny now I think about it!

I hitched a ride on a humpback and now I’m just waiting for my trusty magical steed Horace, to pick me up from the beach. He’s a little bit late, but I’m sure he’ll be here soon.

So I’m home at last, no thanks to Horace! I came back and he was playing volleyball with the ponies from the wide-open fields. He said he was practicing for when he comes to the beach to get me. I do despair!

I got a Bloober, it’s a bit like an Uber, but it’s a donkey, and you control it yourself using a long stick and a carrot on a string. It took me all day to get back. I’ll sleep well tonight.

Tried to have a meeting with Horace about his poor steed conduct, but he went to the beach early with the ponies to play volleyball. I asked if I could come, he said he didn’t have room. I pointed out I ride on his back so he didn’t need room, but he muttered something about sunscreen and galloped off.

To look on the bright side I spent the day writing cool stories for you. Which is the only way I like to finish the week.

1 thought on “The Diary of a Wizard – Week Two”